Top Ten Things To Do In The Canary Islands 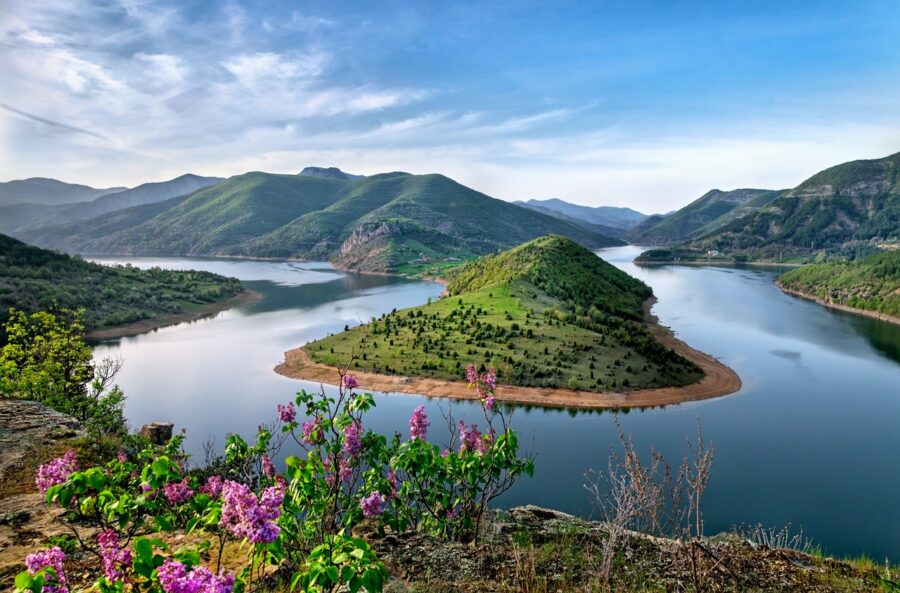 You’d be hard-pressed to find a destination better than the Canary Islands for a speedy winter escape. Would you rather suffer through the gale force winds that are hitting Britain this Christmas, or would you rather roam calmly around the sandy beaches of Tenerife? Holidays to Gran Canaria have never been this accessible, either.

You could visit its glorious national park, learn to surf at the dedicated school in Corralejo and enjoy the beautiful winter sun that you’ll find here on the Canaries. Whichever island you choose to spend your time in, you can rest assured you’ll have a great time. Read on for the best ways to indulge while there.

1.    Ascend the Mirador del Rio in Lanzarote
The Miradordel Rio is a curio located 500 metres above sea level. At the summit, there’s a restaurant with a balcony/terrace that offers the most arresting views over the lush terrain of the Canary Isles.

2.    Go windsurfing on the Playas de Sotavento in Fuerteventura
Easily one of the best beaches for watersports in the whole of the Canary Isles, you can either visit during the championships to see how the pros do it, or join up at the windsurfing school to give it a shot yourself.

3.    See the Museo de Colón in Gran Canaria
Christopher Columbus once stopped here to present his credentials to the governor, back in 1492. It was once the luxurious residence of Las Palmas’ early governors, but now the house is now a beautiful museum,where you can discover accounts of Columbus and his journeys.

4.    Visit Rancho Texas Park in Lanzarote
If you feel like venturing into the surreal side of the Canary Isles, check out Rancho Texas Park. It’s a wild west-themed amusement park that has a ‘Lilliput Farm’, a la Gulliver’s Travels.

5.    Check out LoroParque in Tenerife
A trip to Tenerife wouldn’t be complete without seeing the world’s largest collection of parrot species! LoroParque also has Europe’s largest dolphin show, too.

6.    See the Garajonay National Park in La Gomera
Declared a World Heritage Site by UNESCO, Garajonayoffers the most beautiful rock formations and subtropical forests in Spain.

7.     Go on an astronomy tour in La Palma
Enjoy seeing the stars in the skies above La Palma like you never have before on this astronomy tour. It is one of the best settings in the whole of Europe for stargazing.

8.    Lounge in Corralejo’s sand dunes in Fuerteventura
Corralejo has 11km of fine, sandy beaches, including a few miles of sand dunes, too. Marked off as a nature reserve, you can lounge in the dunes for a few hours and never find anywhere quite as tranquil in the whole of the Canaries.

9.    Play golf at AnfiTauro in Gran Canaria
AnfiTauro Golf has an 18-hole course covering an area in excess of 650,000m2, designed by the esteemed golf course designer, Robert von Hagge.

10.    Head underwater on an Submarine Safari in Lanzarote
Casting off from Puerto Calero, submerge yourself into the crystal clear waters in a spacious submarine for a full hour and admire the underwater wildlife without getting wet!

This is merely a snapshot of the many things you can get involved in on a holiday to the Canaries. There are simply too many things to do to list them all here. It’s also worth spending a little time figuring out which islands appeal to you the most, as different ones offer different delights.

The Step Into The Void – 3842 Meters High In The French Alps
Winter Holiday Trends: The Top Five
Comments
Comments