Exploring “The Other Netherlands” Rotterdam And The Hague

Exploring “The Other Netherlands” Rotterdam And The Hague
Tags: Cities, Netherlands 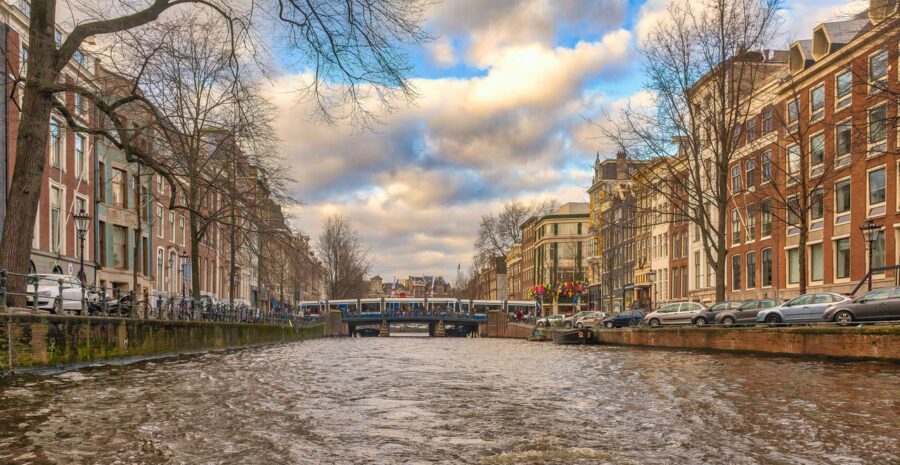 Rotterdam – a City That Can Rival Europe`s Best

Amsterdam is always fun, but this year we`ve decided to visit “the other Netherlands”- Rotterdam and The Hague, as a part of our annual trip around Europe, and see how these cities compare with “The Venice of the North”.

As we were slowly entering the city, we could immediately feel good vibes – as if it was bursting with energy. But before we got our first “taste”, we`ve decided to take a short brake and check out our beautiful Apartment in Rotterdam that we had previously booked via Short Stay Apartments. As always, our host provided us with a beautiful home located in a great neighborhood, surrounded by shops and quaint cafes. After freshening up we immediately went out to do some sightseeing.

As we were strolling down the streets of Netherlands’  “second city”, we noticed that we couldn`t see much of the typical Dutch medieval architecture because Rotterdam was heavily bombed during WWII and everything was swept away. Instead, the city was turned into a progressive, postmodern playground with unique architectural aesthetics that we loved!

The next couple of hours felt like minutes as we were exploring the inner-city docklands which were transformed into lively areas with unique bridges, restaurants, shops and bars. That same day we also had a chance to catch a glimpse of the city`s vibrant night life which burned every single available calorie we had.

Unfortunately, we had only a couple of days to stay here, as we were going to proceed our trip to The Hague, so we wanted to make every minute count and visit some of the must-see attractions. Here is a short list of the places we went to and would recommend to all of you intending to visit this gorgeous city:

Our host suggested taking a splashtour as the best way to discover Rotterdam. We had a chance to see many of the city’s attractive locations from the inside of a hyper-modern amphibious bus. It was certainly a fun experience, especially the big splash into the Maas River. The departure point was in the centre of Rotterdam near Maritime Museum.

Delfshaven was once the official seaport of Rotterdam and now it’s one of the most beautiful districts for strolling. The architecture is just amazing and still in its original shape (thank God it survived the war!). We also found out that this was the place where the Pilgrims used to leave for America aboard the leaky Speedwell. You can still see models of seaworthy boats lying around.

If you have time and want to get more personal with this beautiful district you’d better take a walking tour-brochure. I recommend taking trams 4 and 9 or using the Metro.

The Dutch have been trying to claim land from the water for centuries. Kinderdijk is truly an amazing site with 19 windmills placed on both sides of the canals.  We found out that they are all in working condition and that they are the highest in the country. If you have time (which we didn’t`) you can see a film about Kinderdijk windmill area in the old pumping station. We rented bikes for proper sightseeing of the surrounding.

Here you`ll find a marvelous collection of European and Dutch art from all eras. Even if you are not a great art lover you’ll certainly appreciate the great works such as the Portrait of Titus and Man in a Red Cap by Rembrandt, the Marriage Feast at Cana by Hieronymus Bosch, the minutely detailed Tower of Babel by Pieter Brueghel, many Monets and pieces from Van Gogh and Gauguin.

The museum has a pleasant sculpture garden and places where you can have a cup of coffee or nice lunch.
The entry fee is €15 for an adult and children are let in for free.

They say that all good things last short and must come to an end. After a couple of fun and memorable days we said goodbye to Rotterdam and hello to The Hague.

The Hague – Holland’s “Royal City by the Sea”

After a short ride, we settled down in one of the Short Stay The Hague Apartments just 300 meters from the Grote Kerk, which is on the edge of the city centre. Our new home for the next 3 days had a lovely balcony and a garden.

I was told that The Hague had many names like The Green City by the Sea, Royal Residence, Beautiful City behind the Dunes… and from what I saw it deserved every single one.

It’s a wonderful city, full of life, swarming with cultural events, concert posters, art exhibitions…  But what impressed me the most was the way The Hague’s modern skyline was blended with the historical city centre.

In the next couple of days we had a chance to see The Plein and Grote Markt squares – lively and welcoming places with tons of restaurants, coffee houses and night clubs. If shopping is your thing, then this city won’t disappoint you because we saw many luxurious department stores, boutiques and specialty shops – all packed with international top brands.

Since our time was short we only had time to visit the following must-see attractions:

When I think of a vacation, the first thing that comes into my mind is a beach and Scheveningen definitely has it. From what we saw, the most popular seaside resort in the Netherlands is ideal for water – sports fans and sunbathers. There are also lots of available entertainment options like cinemas, theaters, museums, bowling alleys, surf schools and good restaurants. We had such a wonderful time here, so I would definitely recommend Scheveningen.

I can certainly say that this was a one-of-a-kind experience. I haven`t felt like this since I was a kid. I think that now I perfectly understand how Gulliver must felt. As if somebody put the whole country in one small place. There was so much to see and discover… lots of miniature canal houses, cheese markets, windmills, tulip fields, Deltaworks, Peace Palace… and what`s even cooler it’s interactive…

The park is divided in three general areas The City Centre, Water World and Innovation Island, each one with a unique story to tell.

We were really surprised how many were there (155 to be exact) and the way they lead you off from the city life into some kind of sanctuary of tranquility. Most of them were built in the 19th century and at that time there were more than 700 courtyards. We were lucky to visit two of the most famous ones – the Hof Van Wouw and the Rusthofje.

It is said that you have not seen Holland unless you have been to The Hague… I agree!

Make Yourselves Happier – Invest In Memories, Not Things
12 Most Dangerous Roads On The Planet
Comments
Comments

Gorgeous photos, the Plein and Grote Markt squares sound so lovely! Both Rotterdam and The Hague look so culturally diverse, the type of city I could easily fall in love with