The World’s Most Traveled Man Returns Home After 23 Years on the Road
Tags: Adventures, Around the World, Unusual Customs 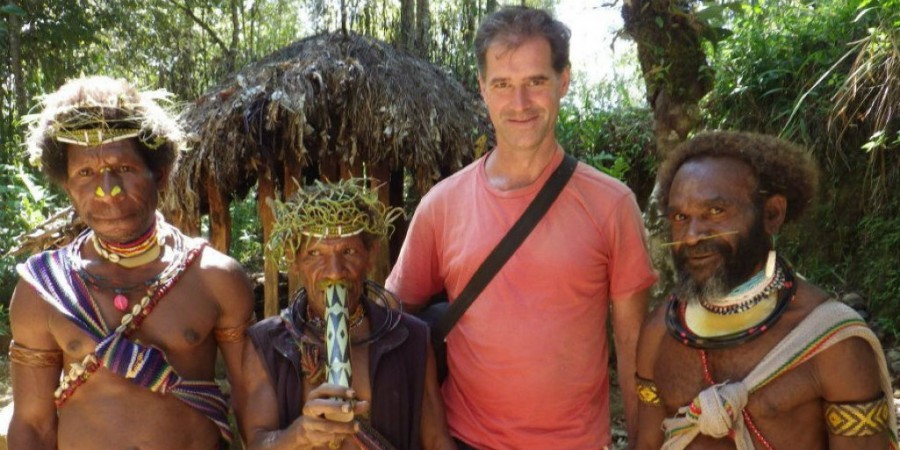 23 years ago the Calgarian Mike Spencer Bown, left his home town and set for the longest journey in his life, or in that matter in any man’s life. After reaching Ireland, the last destination on his list, he felt ready to come home. His mission, visiting every country on this planet and becoming the most traveled man today, was finally complete.

Mike feels that many people have visited a great number of countries some as high as 170, but all they did is fly from one capital city to the other, stop off in the airport or take a hotel for the night. In his book those people are passengers, not travelers. He made sure to familiarize himself with the people and culture of every place he visited. Definitely the greatest world traveler in today’s history.

He funded his travels by selling his business in Indonesia. Since then, he has been to every corner on this planet, in the most dangerous countries like Afghanistan, Iraq, Congo, the Antarctic, including North Korea where few foreigners are allowed. In 2010 he made the headlines by becoming the first tourist in Somalia since the civil war started in 1991. He was even considered a spy when he first landed in the capital of Mogadishu. Mike celebrated his birthday in 23 different places.

His journeys where not always fun or careless, there were a lot of obstacles that called for sacrifice, many injuries and accidents. None the less he felt more than ready to overcome it all and travel through all 190 countries, saving Ireland for last, as the perfect place for the grand finale.

Mike is happy and grateful that every day in the past 23 years was truly an adventure.

Advertisement
“Wake Up!” And Travel While You Still Can
The Secrets of Cheap Travel, Backpacking Style
Comments
Comments

A hard target to achieve 🙂