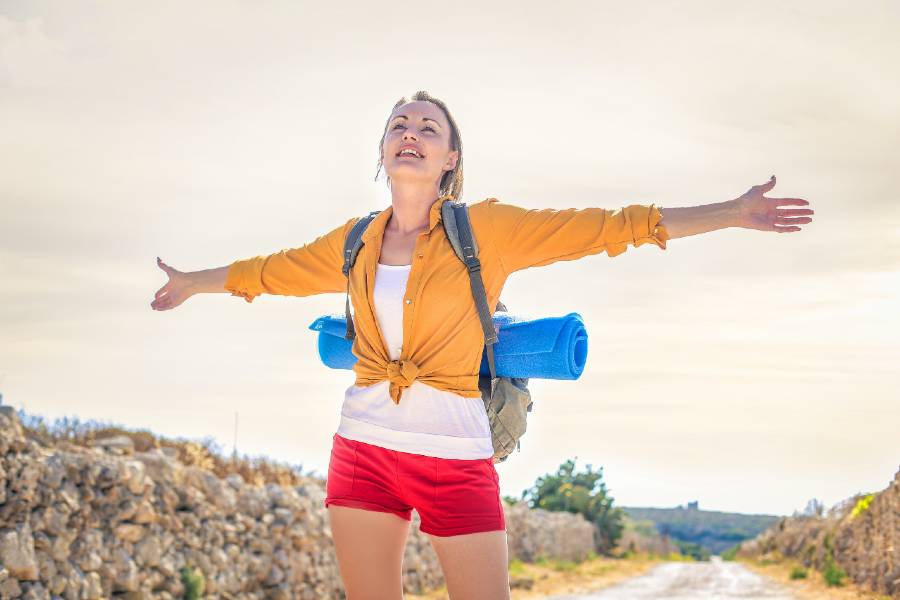 There are some people who are very pleased where they are, and never feel the urge to leave their home. They`re content just sitting on the couch, watching TV, surrounded with everything they need.

Then there are people like us, who can`t sit still, with constant travel plans and always with a passport at hand… just in case.

At the end of the day it really doesn’t matter if you call it  a wanderlust, a desire for the unknown or just an honest love for travel, the hunger to explore can never be feed, no matter how many journeys or vacations we take. There`s always the next thing, the next adventure, the lust for something different, and before you know it you`ll be on a one-way flights and journeys without a destination. Because we all know that traveling without planning or purpose brings more excitement.

According to recent scientific researches, the wanderlust gene may have been embedded in our DNA long before our first trip with parents. One Psychology Blog claims that the built-in urge for travel goes back to one genetic derivative gene DRD4, commonly associated with the dopamine levels in the brain. The same “wanderlust gene” is responsible for increased levels of restlessness and curiosity.

Only 20% of the world`s population possess the DRD4-7R gene, mainly in regions of the world with rich travel history. A study conducted in 1999 by Chaunsheng Chen, confirms that all early civilizations that have diverged from Africa (the center of origin for all human life) are more likely to posses the “travel gene” and more receptive to being carriers of a mutant DRD4-7R gene.

Another separate study conducted by David Dobbs of National Geographic supported the same findings with additional link closely connecting the gene with the passion for travel. Mr. Dobbs discovered that 7R (the mutant form of DRD4) is found in people who are more likely to take risks, explore, are open to new ideas and are more willing to engage in relationships and take greater risks. The same mutation is also connected with human migration and people who have history of relocating. Dobbs also found evidences of a second genetic variant “2R” in populations whose predecessors travel the longest after the migration from Africa.

Of course there are always people who disagree and doubt this “travel gene”. According to Kenneth Kidd of Yale University you simply cannot downsize something as complex as human exploration to one single gene.

In response to these claims and for the sake of better understanding Dobbs consulted with Jim Noonan, an evolutionary geneticist who has already proven that the human ability for constant exploring and moving rests between the function of two main systems: brains and limbs. Furthermore Noonan explained how each species possesses a different unique set of variances within these two systems. For example humans are better suited to travel long distances and explore thanks to their legs, hips, “clever” hands and ever cleverer brains that are more developed than our most common ancestors, the apes. These differences are closely connected with the development genes and result in a slightly different brain and limb composition which leads to a greater need to travel.

Garret LoPorto did another interesting study that supports these claims but with a different twist. According to LoPorto even though the mutant DRD4-7R carries a lot of positive characteristics, it might also carry the source of Neanderthal behavior. In simple words this genetic variant might be creative and resourceful but it also makes us expose to going “utterly out of control.”

So, the next time you hear that inner voice saying “quit work and travel the world”, it`s better to make sure it`s not the Neanderthal in you that’s speaking. Although traveling without a plan is a hell of a lot more exciting. 🙂