The Truth About The Mysterious House On The Ellidaey Island In Iceland
Tags: Adventures, Iceland, Islands, Mystery 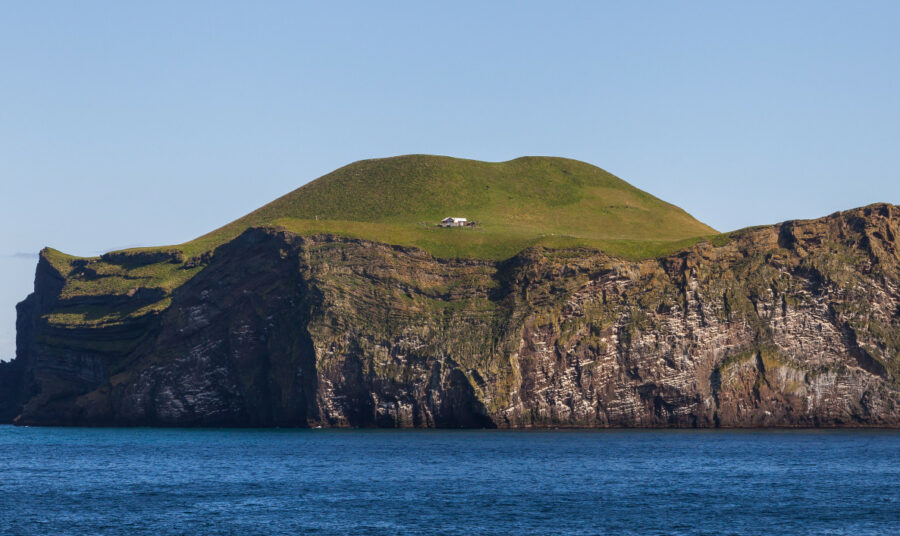 There is a lonely little house on the remote Ellidaey Island in Iceland.  The house looks like the one from the Harry Potter Movie in which Harry was hiding on his 11-th birthday. Over the years many photos were taken by passing planes and ships, even more different stories were told, and most of them where completely untrue.

For example: The house was not a gift from the government to the Icelandic singer Bjork, it`s not Photoshopped and it doesn’t belong to a secret millionaire or to some religious fanatic. As a matter of fact it`s not even a house!

300 years ago this Island was inhabited by five families that lived in huts and survived merely on fishing, raising cattle and puffin hunting. After most of them left to search more civilized hunting grounds, it turned out that this location is the best spot on Iceland for puffin hunting.

In 1953 the Hunting Association decided to build this island lodge so their members can have a place to stay during the puffin hunting season.

It has no electricity, no internet connection but it has a nice sauna. The drinking water is gathered from the atmosphere into a specially made collecting system. Only members of the Hunting Association have the privilege of staying here.

Tourist can visit with boats that sail from the port of the Heimaey Island.

Iceland is a unique destination that offers pristine nature, breathtaking landscapes, rural tourism and vibrant culture. If you plan to visit, get ready for some highland adventures and wellness spots.