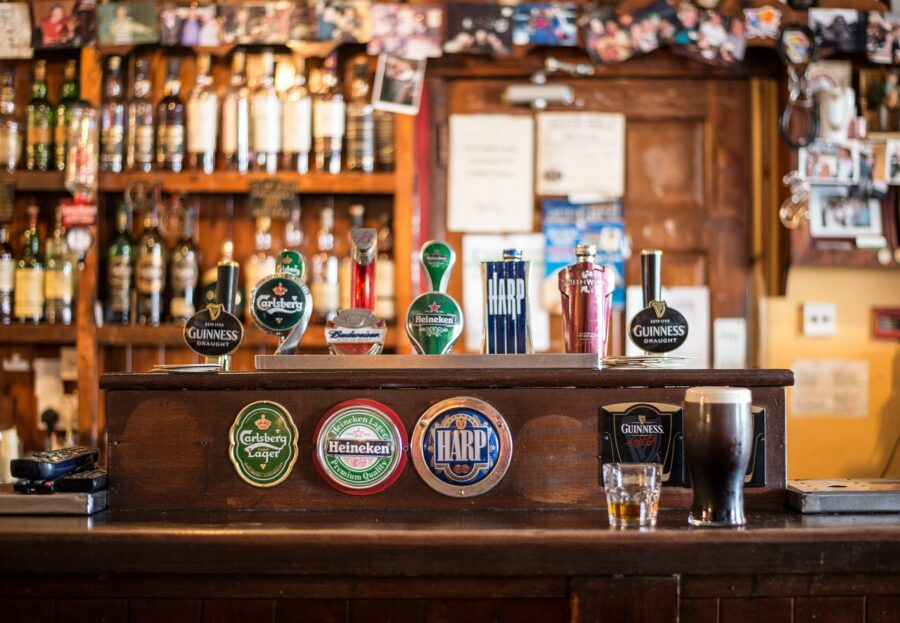 I posted a picture of The Churchill Arms Pub in London on my Facebook page which got me thinking and I decided to do a whole article about London’s famous traditional pubs. So if you ever want a taste of British culture and have a jolly good time, now you`ll you know where to go. Here it is…

The George Inn is truly historic, dating back to the 1700’s and is a former hangout of Charles Dickens. In earlier times it was known as the George and Dragon, after the legend of St. George. Today it is the only surviving galleria London coaching inn. Inside you will find a lot of historical artifacts and traditional ales. There are two main areas, The Talbot Room arranged in a board room style and The George Room can be set to your preference.

It also has plenty of open air courtyard. So if you visit on a good day you can enjoy in one of London`s best beer garden.

The Prospect of Whitby

Named after a ship the Prospect of Whitby was once a tavern, built in 1543 by the docks of River Thames. Before that it was known as the “Devil’s Tavern”, the meeting place for smugglers and villains. What makes this place unique is a rare pewter top and pillars that appear to be sections of a ship’s mast.

It has authentic atmosphere with seating area near open fire and a small balcony above the river. The old photographs inside the pub serve as a reminder of times when ships from around the world crowded the docks.

The Dickens Inn history is also connected with Charles Dickens and dates from the 17th century as well. The original building once was a wooden warehouse and stood on a Thames side just east of its current location. In the 18th century was completely reconstructed in the style of a three storey balconied inn and moved into its current location at St Katharine Docks.

It has a lovely outside area with beer gardens, beautiful flowers, dining tables and a magnificent view of the docks. The insides are equally impressive with aged furniture, airy décor and the classic pub experience with wide selection of locally and nationally brewed ales.

Notting Hill’s Churchill Arms is one of London`s most famous and historic pubs. It was built way back in 1750 and since then slowly became London`s most celebrated watering hole. Back in the days Winston Churchill’s grandparents were regular visitors and today it`s a preferred haunt for many famous celebrities. Inside you’ll find plenty of Churchill memorabilia hanging from the walls.

The pub is old fashioned with original character and it`s also a trendsetter because is the first pub in London to serve Thai food. Most important of all it has a top quality pint and a wide range of closely kept cask conditioned ales.

The story begins all the way back from the 13th century when this place was a Carmelite Monastery. The first pub that occupied this location was the Horn Tavern in early 1538. It was completely destroyed in the Great Fire of 1666 and rebuilt the next year. The entrance is very unusual, situated in a narrow alley. When you do find the way inside you can be easily confused of all the big space and numerous bars and rooms. It`s no wonder that even regulars get often confused.

Ye Olde Cheshire Cheese has so much history and so much stories that it’s easy to wonder off imagining the days when Oliver Goldsmith, Mark Twain, Alfred Tennyson, Sir Arthur Conan Doyle, G.K. Chesterton as well as Dr. Samuel Johnson were a regular guest.

Often described as rich example of a Victorian public house interior, the Princes Louise is a place of finest craftsmanship. Every wall is covered in mirrors, wonderfully arranged tiles with the finest attention to details. Even the men’s toilets, with their marble urinals are considered a work of art.

The princess Louise is a true testament of the finest Victorian craftsmen and a true gem of London that now shines brighter than ever.

There are many more interesting traditional pubs in London. If you are having a good pint while listening to a good story, the chances are you are at the right place.

London is the most cosmopolitan city in Europe, but at the same time you can find places where you can feel in a small town of the countryside.