12 Most Dangerous Roads On The Planet

12 Most Dangerous Roads On The Planet
Tags: Adventures, Around the World, Roads 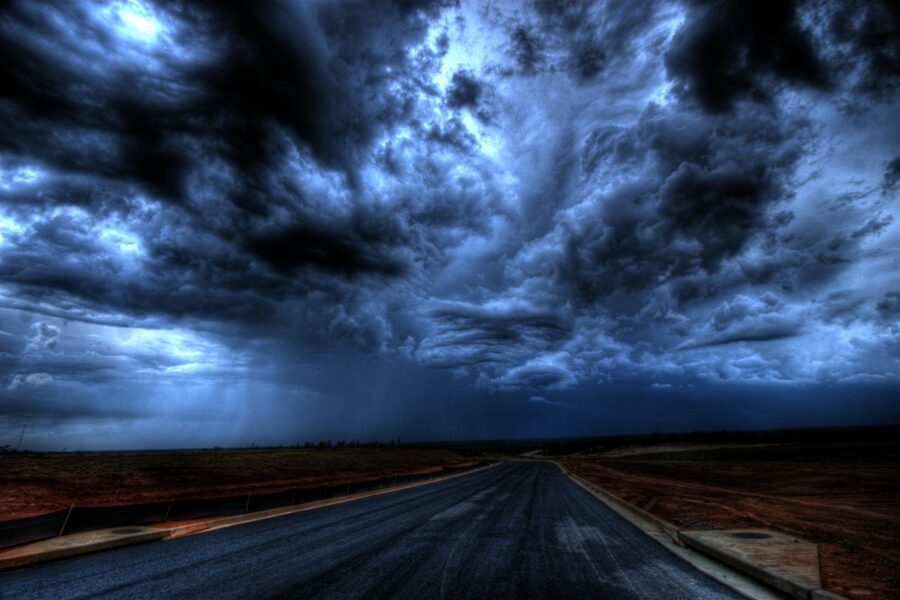 Beside occasional palm sweats and vertigo the following list of life-threatening roads will give you a new appreciation for life. Just imagine what’s it like to drive along a road that goes through sharp cliffs with really dangerous turnings or narrow passages without any railings, high on the edge of mountain cliffs!

These roads are definitely not for the faint-hearted and require a healthy dose of caution (maybe sanity is more appropriate word).

This 40 miles- long road from La Paz to Coroico is known as “The Death Road” as it takes about 200 lives a year. It’s one of the most dangerous roads in the world, stretching through cliffs featuring many sharp turnings and overlooking the high sprawling canyon.

Karnali Highway is a 155-mile- long road connecting two large areas in Nepal. Just like Yungas Road, it’s dangerous and it takes about 50 human lives a year. Its surface is covered with dirt and mud making the road difficult and slippery even for cyclists who usually flock there to enjoy in the magnificent view of the scenery.

Although considered one of the most picturesque roads in Europe, the Atlantic Road has a dark side too. This five-mile road connects islands between Kristansund and Molde, priding itself on its eight bridges. What makes it infamous is the stretch along the ocean, frequently hit by gigantic waves and severe winds during storms.

Vitim River Bridge has a reputation of one of the scariest roads in the world. Fortunately, there weren’t any fatal accidents on the road apparently because not many people would dare to drive here. It’s a really old structure without railings, truly narrow even for a standard car.

Guoliang Tunnel Road is a mile long and is known as the “Road that tolerates no mistakes.” Thirteen locals built it in the Taihang Mountains many of whom died during its construction. The tunnel is merely 15feet high and 12feet wide.

It provides an incredible view of the Chinese landscape through the 30 “windows” that were cut out of the cliff. Besides the fact that it is one of the steepest roads in the world, Guoliang Tunnel Road is also one of the best tourist attractions in the area. Just in case you’d better visit it on foot.

When we think of the roads in Alaska one thing is sure – they are terrible! The Ice Road Truckers on the History Channel can certainly confirm this fact. James Dalton Highway is the most infamous road here, being a 414-mile passage between the Arctic Sea oil fields and civilization. The strong winds and the ice make the road a Slip’N Slide for truckers.

Although a normal 7.5-mile urban highway, containing up to 18 lanes, the Commonwealth Avenue is known to locals as “Killer Highway” due to the thousands of deaths per year as a result of the heavy volume of traffic. There is a poor drainage system which causes heavy flooding during storms, preventing the tour buses to see clearly motorbikes and the pedestrians walking nearby.

Stretching over 1,000 miles along the Baja Peninsula with sharp turnings through the mountains and along the cliffs, the Federal Highway 1 is a real heart stopper. It is mostly used by freight trucks transporting goods to remote towns and villages and it’s really frightening.

The 10-mile-long pass is placed 10,000feet above the sea level and consist of many unstable roads with quite narrow passages making it a real recipe for death. Should we mention that it’s all gravel? In addition, it doesn’t have guardrails and contains a steep six-mile ascent. God luck!

The Highway of Death or Rodovia de Morte stretches over 2,700 miles. This poorly maintained road is not dangerous itself. What makes it dangerous are the steep cliffs, the bad weather conditions and some bands and gangs stationed in several spots along the road, as it extends over some of the most poverty-stricken regions of the country.

It is situated on 9,045feet up in the Alps and it offers the most picturesque drives in the world with jaw-dropping views. However, you better be careful while on the road as there are low concrete barriers, dangerous turnings through the cliffs especially in winter. You should be careful as this perfect scenic drive can cost you your life.

Kabul – Jalalabad Highway is located in the so called “the Valley of Death”. If you are here, don’t expect an easy drive as the road is mostly trafficked by Talibans and attacks on the road are frequent. To add, there are narrow mountain passes that always seem to be full of over-sized freight trucks.

Advertisement
Exploring “The Other Netherlands” Rotterdam And The Hague
Bali, The Island of Dreams And Surfers’ Paradise
Comments
Comments