Why I Love Amsterdam … Let Me Count the Ways

Why I Love Amsterdam … Let Me Count the Ways
Tags: Cities, Netherlands 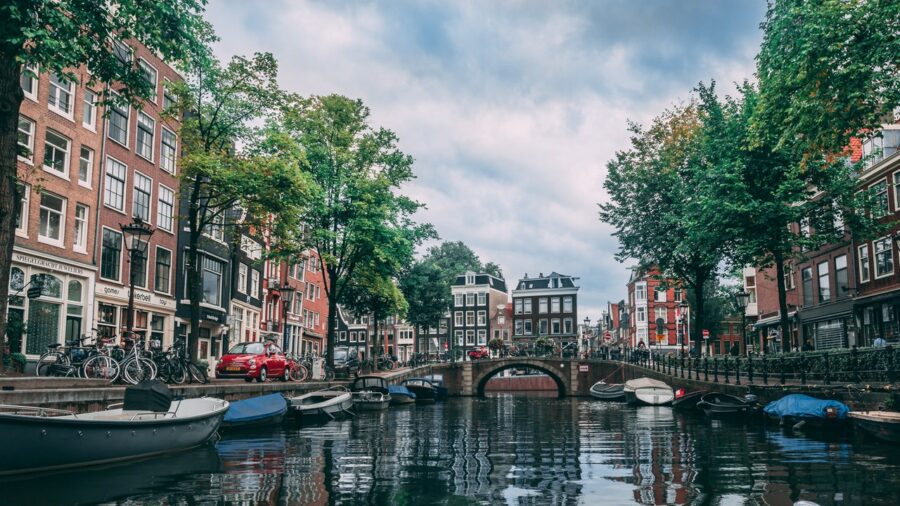 Well the simple answer is: I love Amsterdam because it`s the most civilized city in Europe… maybe in the world too.

Amsterdam is truly a special place. The people were the friendliest in Europe. The 17th century canals and narrow buildings which make this city so unique encompass unbelievable beauty and history.

When you land at Schiphol airport it’s like a city unto itself. You could spend days there amongst the beautiful Dutch flowers, restaurants, booths with treasures and best of all a short walk to a booth operated by Shortstay-Apartment that gave us the keys to our apartment told us everything we needed to know and their driver brought us to our “ home.”. Our online reservation was made through Amsterdam apartments which is part of the same company.

This very large two apartment home had more than everything – a restaurant next door, coffee shops (more about that later) around the corner and the most beautiful water canal outside our door. We were 5 houses from the Anne Frank House. We discovered the Hop on Hop off boats/bus which we did in Amsterdam and all over Europe as our first days adventure. Rode them all over the city and picked out the places we wanted to see during our stay.

Being “people watchers” the numerous outdoor cafes were perfect (many called “brown cafes). What better way to learn about a country than to talk to the residents. If you want a bit of a snack to take home visit the many herring/cheese stands. You see very few cars but everyone has bikes, thousands and thousands every place you go. When I asked a local why the canal houses left their windows uncovered with a few special treasures on the inside tables, I was told…”That is because we are all alike and love one another”.

It is a city of great museums. The newly renovated Rijksmuseum is one of the largest and best in all of Europe. Some others not to miss, The Van Gogh, Modern Amsterdam art museum and Stedeljk modern museum, the Heineken Amsterdam museum and don’t miss the Hemp Hotel.
The squares of Amsterdam are spread throughout the city and the main one is Dam Square which is about 5 minutes from Central Train station.  It came to fame in the 60’s as a hangout for hippies from around the world.

OK so you want to know about the “coffee houses” which you will find on almost every block. Names like Route 66, Paradox, Ricks and of course the Hemp Hotel. Yup you can get coffee but check their menu for any kind of “recreation” you wish to partake of. OK enough of that. On to the red light district.  This historical place is just what it implies. The ladies of the night are scantily dressed and pose in windows. Just do not take any pictures or you will be in big trouble.

Well all good things must come to an end and our many adventures in Amsterdam are some of the best we have had.  Just remember that tourist sites are a must but getting to know the locals and the travelers from so many nations is what travel is about.

This was a lovely read 🙂 Your apartment sounds like it was in the most perfect place! Ahh I definitely need to visit Amsterdam soon!

It really was! I would trade a luxury hotel room for any of these apartments in a heartbeat!