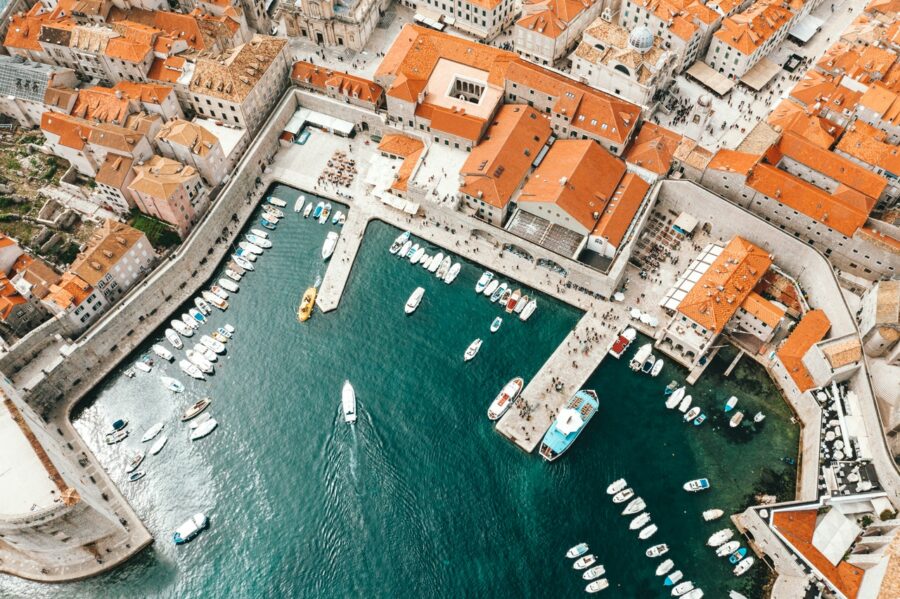 The Series by George R R Martin based on the popular collection of novels A Song of Ice and Fire are one if not the most popular show on air today. All the action in Game of Thrones takes place in a fictional world called Westeros and Essos where the main characters from the Seven Kingdoms rage in a civil war for the Iron Throne.

Luckily all the magnificent medieval looking places are real so it`s up to you, the hardcore fans to become a part of the adventure.

The main base for the film crew was in the Paint Hall Studios located in Belfast and the surrounding area. Big parts of the first two seasons are filmed in this rich and rugged countryside. Some of the Northern Ireland`s castles play a big part in the show, most memorable being Shane’s Castle and Castle Ward.

If you want to see more locations used in the show than head out to Tollymore Forest or Balleymoney.

This beautiful medieval stronghold located in the Stirling district of Scotland was used to portrait WInterfell as the home of the Stark family. It’s an excellent place to feel like you are a part of the saga. The castle is sited on a wooded bend where the Ardoch Burn flows into the River Teith. It should be a great experience especially if you are a true Stark fan.

Our journey continues North of the Wall into the cold landscapes.

There`s no need to tell you which part of the series is filmed there. With the vast range of snowy mountains and ice glaciers Iceland was the obvious choice for beyond The Wall. One of the sites use for filming is the Svinafellsjokull calving glacier in Skaftafell, followed by shooting near Smyrlabjorg and Vik on Hofdabrekkuheidi. This place is the true North, chosen for its real and brutal environment.

So if you plan to visit make sure you bring some warm clothes and be thankful The Others are long gone.

The most used location for the filming of the first season was Malta. In the old capital Mdina are some rear architectural masterpieces which were perfect to represent King’s Landing, the capital city of the Seven Kingdoms. However the most spectacular location is Azure Window on the island of Gozo, a beautiful place recognized by the natural rock arch formation used in filming of the Danaerys Targaryan’s wedding to Khal Drogo.

Several more locations were chosen to recreate The Red Keep including the real-life residence of the president of Malta.

The gates of Ft. Ricasoli were served as the Red Keep’s gates and the St. Dominic monastery was used in the scene where Ned Stark confronts Cersei Lanister in the godswood.

When the producers came to a conclusion that the King’s Landing might be the single most important location in the entire show, decision was made and a new location was chosen. Dubrovnik, and The Lovrijenac fortresses in Croatia, became the new King`s Landing. Also, the island of Lokrum was remodeled into the city of Qarth. When you visit this magnificent location, and see the beauty of Dubrovnik than it becomes crystal clear why the production team had chosen this site.

It has been an interesting ride from the green fields of Ireland and Scotland throughout the extreme cold landscapes of Iceland and into the Pearl of the Adriatic – Dubrovnik.